Juliana Korver is the daughter of the owner of Jubon Juweelen.  Juliana has many honors in disc golf including being inducted into the Professional Disc Golf Association’s Hall of Fame and the Iowa Disc Golf Hall of Fame. 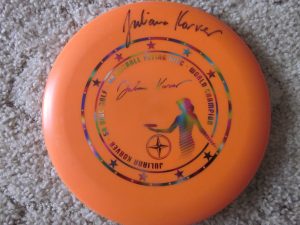 Along with our regular discs we have a collector’s disc for sale that has Juliana’s actual signature.  This disc sells for $25 and we can send it to you, if you can’t come in person.

We also have small minis for sale for $1.00 each.  While supplies last, one free mini will be given with each new disc purchased. 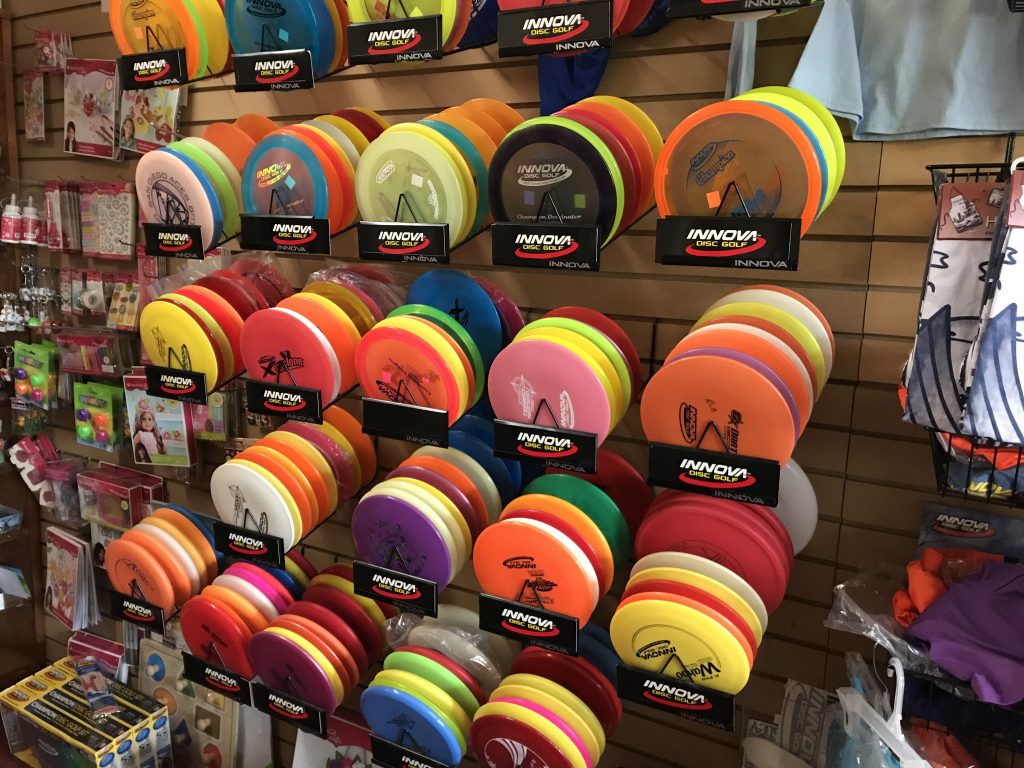